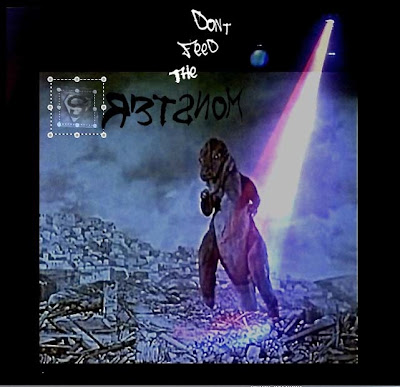 DON’T FEED ThE MONSTERS!
A LIVE cinematic tour through the seamier sides of mass media manipulations, mind colonization and the escape routes +/or possible happy ending(s).

XLt
The XLt, an arts + praxis collective from San Francisco + Berlin, present DON’T FEED ThE MONSTERS! A short synopsis: A media deconstruction + self-defense project which examines the mediated and colonized landscapes we inhabit in a high-wired + disorienting 21st century. Via screenings of selected international short films and feature film excerpts, captured TV + video + net specimens, we create an educational + public forum, both comic + confrontational + erotic, for what we call “a psychomedia analysis session” in order to get in touch with the social predicaments generated by an increasingly telepresent, disembodied + incorporated world. We encourage a new fleshy community praxis vs. the global download village. Fresh cinematic bits from Wikileaks, Youtube, international film + animation festivals and other fragments from the churning Spectacle 2.0! 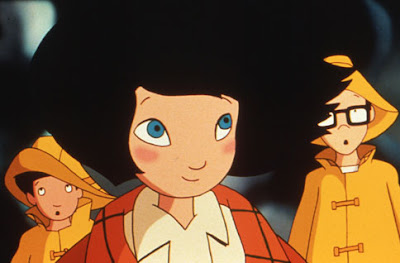 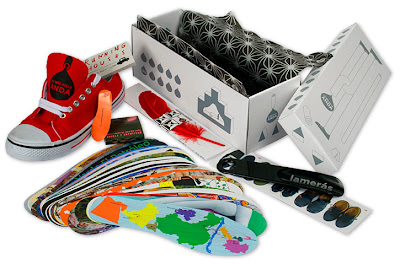 Program
Presentation of the experimental magazine La Más Bella by Pepe Murciego. As well as the reading Variacions de poder tocar la matèria en versos ultrasil•làbics by Eduard Mont de Palol, the reading of The Universal Declaration of the Human Rights in Blablabla language by Roberto Equisoain and a live by José Manuel García.

La Más Bella
La Más Bella is a project for reflection, action and experimentation in modern art publishing that promotes and carries out artistic projects specifically conceived to be published through alternative channels to the conventional world of publishing.
The publishers of La Más Bella are Pepe Murciego and Diego Ortiz, two people who have been involved in the art world, cultural management and the media in Madrid for over fifteen years.
The fundamental core of La Más Bella's activities is the publishing of the Magazine La Más Bella, a medium for experimenting in publishing that has appeared on a regular basis since 1993. La Más Bella is a magazine of collaborations, in which each new issue can count on the work of dozens of creators from every kind of artistic discipline imaginable, whether from the plastic arts, literature, audiovisual or conceptual fields.
Founded in 1993, La Más Bella has published over 30 issues containing the efforts of some 600 collaborators from the world of Spanish art and culture. In addition to its contents, La Más Bella has always had the idea of being an experimental product from the point of view of its format and external appearance, coming close to the idea of the assembling magazine or the book as object that was cultivated by many artists and collectives throughout the 20th century.
At the same time as they have been working on the magazine, the publishers of La Más Bella have also promoted, organised and taken part in a wide variety of events related with modern art and publishing, seen as a field that lends itself to experimentation and the dissemination of modern art: magazine exhibitions, cycles of performance/live art, workshops, talks, presentations, meetings and so on.
La Más Bella is not conceived with profit in mind. The economic survival of La Más Bella is premised on selling copies, the personal contribution of the editors and the profits derived from the numerous activities developed by the publishers. La Más Bella does not have any stable source of funding, be that a public administration or private institutions, beyond occasional collaborations and funding aids aimed at specific projects.

Eduard Mont de Palol
Eduard Mont de Palol (Girona, 1976) has translated Boris Vian, Christophe Fiat and William S. Burroughs into Catalan, and some of his texts have been published in the poetic anthology Nueve fresquíssimos d’Espanya (Produccions Escopeta, 2009). Since 2002 he has been collaborating as a performer with several choreographers (Martine Pisani, Petra Sabisch, Arantxa Martinez or Isabel Schad), and as a musician with Christian Garcia and Mil Pesetas among others.

Roberto Equisoain
Roberto Equisoain (Pamplona, 1973) is videoartist and photographer. He has lived and worked in Berlin since 1998, where he regularly exhibits his work. He investigates the relationship between text and image within the frame of audiovisual recycling. His texts consist of reflections, puns, fragments of conversations or the reproc-essing of other texts. The images develop on the basis of reused film material which is manipulated or recontextualized. Both languages come into contact generating and creating new meanings in this way.
He also experiments with different forms of intimate documentary film, the exploration of urban space, with chance as a constructive element and with the poetic intervention in spaces.

José Manuel García
José García was born in Malaga (1978) and today he lives in Berlin. His music, his sound, is based, although not only, in the plastic manipulation of the sonorous information that surrounds me. Million Bass lines, fragments of piano and of any instrument improvisations, accumulations of voices, subjects of the popular classic repertoire, of the historicist academy, ambient sounds and experimental sounds, everything can be deconstructed in samplers, units of loop, to compose a new mass, latent in the present. García musical language does not own the abstraction of the forms of a score, lives in the concrete of the recorded sound, in the basic electronics and in the digital edition by tracks. In a concert, the fragmentation rearticulates in accumulations, repetitions and silences, in a session of sonorous syncretism.

tod.m from Spuk Kommune on Vimeo. 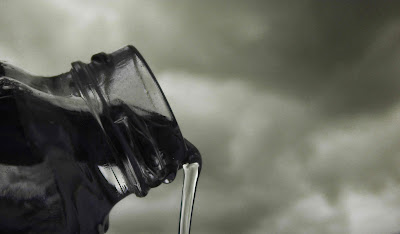 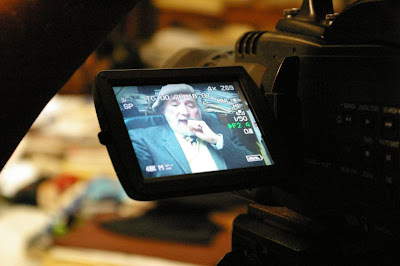 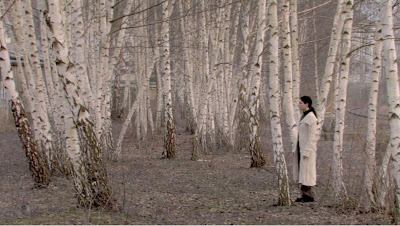 Birchwood Edge, is a video dance installation, presented with five monitors, grew from the idea of using the same dance phrase (same dancer and same costume) in different spaces, in order to observe how the perception of the same element can change in relation to different contexts.

Sketch for the SpukKommune. Dance video (work in progress).

Bios
Raffaella Galdi was born in Italy and lives in Berlin. Raffaella is a choreographer, a dancer and a teacher. Her choreographic exploration often returns to the concept of the personality-identity occupying the space. She uses improvisation to discover movement material and as a working method to create instant choreography. Raffaella choreographed and danced the solo Legna, the performanceinstallation Ugo and the dance performance MODES of locomotion. Relations is her latest choreography commissioned by the Theater Vorpommern in Greifswald. Raffaella is in the residence program at the artblau - Tanzwerkstatt in Braunschweig and and she is regularly teaching contemporary dance (release alignment technique) in Studio LaborGras and Tanzfabrik, Berlin.

Carlos Bustamante comes from Mexico and lives in Berlin. Carlos is a filmmaker, photographer and cinematographer. His recent short experimental videos include Westwind (2001), Von der Magie zur Kinematographie (2003), Adelbert’s Dilemma (2007) and Wohl und Wehe (2008). From 1989 to 2006 he was Professor in the Theory of Audio-Visual Design and Realization at the Institute for Timebased Media, University of the Arts Berlin. He has contributed essays to Griffithiana, Moving Images: From Edison to the Webcam, Cinéma sans frontièrs 1896-1918 and Film History.

Alexander Sieber was born in Germany and lives in Berlin. He have been studying sound at the UDK Berlin. As a composer and sound-designer he provides music for theater, films and dance.