Visual Ghost
For this research I want to start with the fact that the body cannot stop communicating.
In our everyday we are able to respond to signals that are almost imperceptible and unconscious between the people around us. These body signals are received and re-interpreted and provide us a vast information about other humans like their personality, feelings or intentions. These signals can be extremely subtle but play a big role in our every day life. We are in a constant exchange and we are at the same time the giver and the receiver.
For this first face of the research I take the Spukkommune space as a laboratory. I started to experiment with visual and sound information, trying to combine them in a way they could work together or against each other in a very simple, reduced way.
(What is showed is the very very first face of a bigger research so I would be very happy to share it with you and have your feedback).
I.M.H 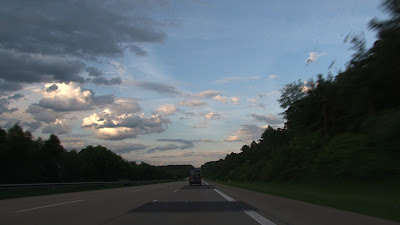 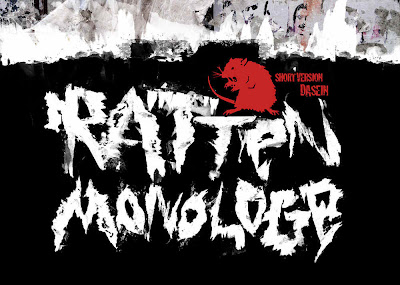 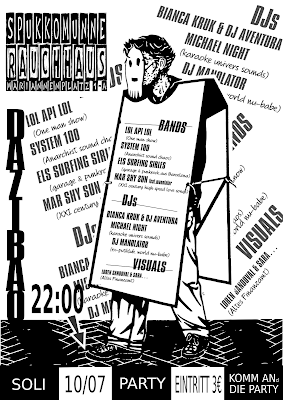 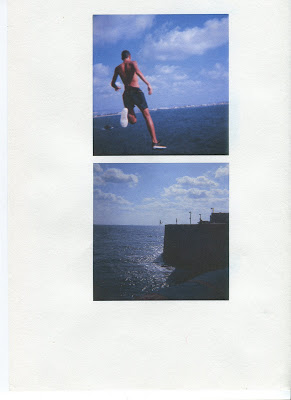 Pairidaeza
Here is one of those words that provide a book. Pairidaeza (ancient word from the Persian world) means only “walls around” regarding to the impressive hunting resorts build up for the amusement of the kingship. Let us envision a sumptuous garden full of wild beasts, extravagant birds, water fountains, a verdant ground, orchards, envision than one of those oriental oasis which we ascribe the quality of dreamlike item. The word pairidaeza is the etymological source of paradeisos (from which results “paradise”) which arrive us through the hands of Xenophon, in the 5th century BC, while he was recording the military expedition in the Middle East in his work Anabasis. Since long term, human culture accredit to the gardens an edenic quality within aesthetics ideals concerning to harmony, abundance and prosperity regarding to an idyllic everlasting state. The myth of the fall (which in the holy bible is exposed as a transgression) is moreover an edification myth of man and human work. The nostalgic lost of a state of grace exposes the vulnerability of live, the transitoriness of nature and the social struggle as stigmas of world’s experience. Perhaps was the human task nothing but the longing for redemption through the labour, the desire, the war, the work. Perhaps will this task be called humanist in god’s files. Thus, if the garden is a place of leisure and labour, is also, at the same time, a symbolic space, an ancient place, a blissful narrative. This overlay of different dimensions can be called heterotopias (i.e. “different places”) which is structural to the concept of paradise as we see by the garden. However, this medium of paradise evocation is nowadays broadly produced by the tourism industry. In this beginning of millennium, the man, the protagonist of history, progress and liberty, come out as homo turisticus, requested merely in his visitor qualities, visitor of resorts, of parks, of cities and of his own history whence he just come out. The notion of pairidaeza allow us to perceive, for instance, how structured is the hotel’s hospitality, the idea of a natural park, the urban architecture and the cultural heritage managing. For those who reach to the prosper world, tourism invites to an eternal spring, to an earthly beyond, that proliferate through the rhetoric of paradise printed out in travel prospects and happiness promises advertising. Tourism, which by essence is a gospel of peace, tolerance and a tale of joy, produce also is owns anathemas such as usurpation and the proselitism of the chosen ones, indissoluble from the value system of our consumption society. It is the task of art scrutinizes all this semantic potencies, experiment them under aesthetically criterion and put it in service of live. We must than say with Voltaire “excellently observed, but let us cultivate our garden."
I.D.L.C.

Ivo do Carmo
Ivo do Carmo was born in Lisbon (1979) and a couple years ago moved to Berlin where he lives and works. Graduated in philosophy he has been studying the tourism and the tourist has a main phenomenon in contemporary culture. Since 2009 is sponsored by the Centro Nacional de Cultura (Portugal) to investigate and write about tourism.

Sergio Belinchón
Since 1997 Sergio Belinchón´s interest lies in landscape, city and urbanity. In individual series of photographs or videos, his work chronicles various aspects of what the city as human habitat, and urbanity as life´s context, mean to the people inhabiting the cities. They are portrayed in Belinchón´s photographs without necessarily being physically present in the images. From the anonymity and loneliness that the city represents, through the colonization of nature reduces to a constructed site- a colonization continually taking on new form, in which things appear and desappear, and where endless residential blocks build an abstraction of the identity of the subject- to the representations of typical places viewed by tourists in order to recognize things already seen, these spaces are transformed into vicarious forms of experience. And in the end the serie merge into an entity, which- exactly like the city- is made up of an accumulation of things, which lead ultimately into boundlessness.

Jorge L. Cruz
Jorge L. Cruz was born in 1974 in Lisbon. He has his own vocational training in Visual Arts at the renowned A.R.C.O - Centro de Arte e Comunicação Visual, from 1991 to 1994. Since then, he has been developing a consistent body of work, most of it created within a model of artistic residence. He also participates regularly in exhibitions out of the commercial circuit. The last ones took place in Lisbon, Kassel, Rome and Berlin. Production is, in itself, the great galvanizing force behind this artistic route in particular: Jorge L. Cruz has been, for a long time, allying his painting to a constant search for new and exciting materials, techniques and media that he can experiment with, and eventually incorporate into his works, manipulating and combining in the hope of getting to new processes and understandings as far as matter is concerned. Taking this concept as the basis of all he does, and putting it together with a desired mobility, he has participated in some artistic residences. The last ones took place in Kenitra , Chefchaouen (Morocco); Évora and Mértola (Portugal), Amazonia (Brasil), Auroville (India) and Bad Arolsen (Germany) and Normally the development of all the work produced while in residence tends to absorb the local aesthetics and follow an exclusive use of local materials. All of his work has been, in one way or another, subjected to various artisan-like, quasi-ethnographic processes and techniques – all of them diversified, free and open to results.

Pola Dwunirk
Pola Dwurnik (born in 1979 in Warsaw) has been working with oil painting and various drawing and graphic techniques. In drawings Dwurnik mixes simplistic, cartoon style with live, quick sketches and realistic, complex compositions. She reflects on the contemporary reality and its social and private spheres. Dwurnik tries to rediscover a new strength of expression in the confines of a figural representation as well in painting, in which she examines the identity caught in the conflict between inner emotions and the external image.

DON'T FEED ThE MONSTERS! from Spuk Kommune on Vimeo.