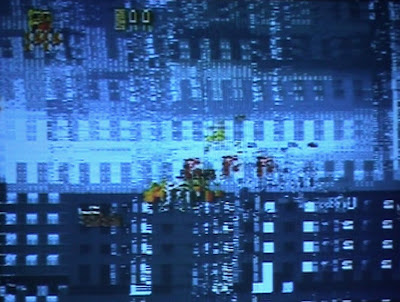 Culomono
After some years of working as a Dj, Culomono started to make Circuit Bending and 8bits. With the Circuit Bending he developes a music which has much more rhythm than the 8bits, which is more influenced by the Techno of the 90`s. He organized workshops and played music in citys like Milan, Berlin, Alicante or Valencia.

Michal Dudek DDC
Michal Dudek, born 1979 in Warsaw. Since his DAAD scholarship in 2006-07 at the University of Fine Arts - Berlin in Rebecca Horn studio he is living and working in Berlin. The starting point of his art was experiencing his own body and mental journeys, finding "the other in himself". These have led him to work with synthesis of the developing process of the human body. Michal Dudek is working with classic medias as well as he is creating interactive multi media installations and audiovisual experimental concerts, within he always wants to show a special atmosphere. It's all ready 10 years and it started 1998 with Robert we built our band call www.myspace.com/apoca01 and till 2002 we was playing together. After it I started to work with sound alone, and till today am working on new songs live experiments with Circuit Bending instruments, and on my own built machines witch are producing sound.